With the goal of assisting people with limited mobility, Honda scientists and engineers spent two decades developing a robot that would become ASIMO (Advanced Step in Innovative Mobility).

Today, ASIMO is the world's most advanced humanoid robot with the ability to walk, run, climb stairs and carry objects. ASIMO can even respond to voice commands and recognize faces. In the future, Honda hopes that ASIMO will be able to assist people with limited mobility or perform tasks dangerous to humans.

For over 40 years, Honda has been selling 4-stroke outboard engines in North America.

Clean, quiet, and fuel-efficient, they incorporate advanced technologies from our racing heritage to maximize power output and reliability. And all Honda outboards carry the coveted 2008 Ultra-low Emissions designation of the California Air Resources Board (CARB) and meet or exceed the stringent 2006 Environmental Protection Agency (EPA) standards.

HondaJet was borne of the power of dreams - power that drove our innovations in aircraft design from thought to drawing board to flight in just seven years.

Living up to Honda's reputation for superior fuel efficiency, the HondaJet delivers 30-35 percent better cruising fuel efficiency than comparable jets, along with a class-topping cruise speed of 420 knots (450 mph), and a more spacious cabin with room for up to eight people. Production of HondaJet is scheduled to begin in the U.S. in 2010. 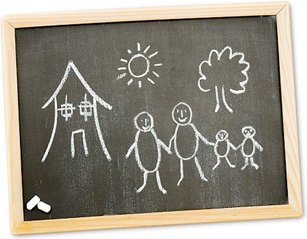 At Honda, we believe you deserve advanced levels of safety regardless of the price or size of the vehicle that meets your needs. We call this approach Safety for Everyone.

Through technology and innovation we are developing increased levels of protection for everyone who enjoys Honda's products, while also making an active commitment to enhancing safety for the drivers and occupants of other vehicles, and even pedestrians. As a leader, Honda looks beyond industry and government requirements, and focuses on future innovation to invent safer ways for people to drive or ride today people. Production of HondaJet is scheduled to begin in the U.S. in 2010.

Almost all Honda's vehicles feature six airbags, including the revolutionary passenger-side Occupant Position Detection System (OPDS) airbag that will not deploy if the system detects a smaller sized or out of position occupant.

The Honda-developed Side Curtain Airbag is the world's fastest deploying side curtain system. Working in conjunction with the front side airbags, it provides improved protection in side impact collisions. Side Curtain Airbags provide added protection in side impacts or in the event of a rollover. The system employs a sensor to trigger airbag deployment in the event of a rollover.

In keeping with the Safety for Everyone commitment, it is not enough to be concerned only with people inside our vehicles, we must consider pedestrians. 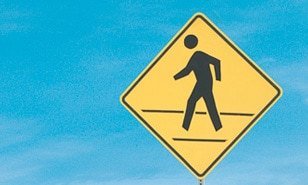 Most people think of Honda as an automobile company. But our main focus is and always has been human mobility. And innovation is our engine.

Honda has two walking assist prototypes that are currently being tested, our Stride Management Assist device and our Bodyweight Support Assist device.

More than 130 patents have been applied for pertaining to the walking assist devices, which are currently being tested in real-world conditions to evaluate their effectiveness. Eventually, other applications may be found for such a device, including everyday activities such as sightseeing.

As a company that values mobility, Honda began research into a walking device in 1999. The cumulative study of human walking, along with research and development of technologies conducted for Honda's advanced humanoid robot, ASIMO, made these developments possible.

Honda's Motorsport Challenge,
Which Began With The Isle of Man TT Race Declaration

"My childhood dream was to be a motorsport World Champion with a machine built by myself. However, before this dream could be achieved, it was obvious that a stable enterprise with the finest precision equipment, and an excellent level of in-house design was needed. These three requirements prompted me to market a utility machine to give us the necessary foundation on which to build, and it's ironic that the time spent on this side of the business has kept me away from racing. From results witnessed at the San Paulo races, and looking calmly at what is happening in other areas of the globe, we now know what is needed to compete with the Western world. Progress has been rapid, it has to be said, but I am still convinced that by following my long-standing concepts, we can win on the tracks, and I will not rest until we do. Everything is in place, and the time has come to challenge the West. I hereby avow my definite intention to participate in the TT races, and I proclaim with my fellow employees that I will pour in all of my energy and creative powers to win."

This is a shortened version of the message Soichiro Honda, then President of Honda, sent out to his workers on 20 March 1954. At that time, a victory in the World GP series was unimaginable for the majority of Japanese, but Honda did not flinch. He had set himself this noble target, and by issuing the written declaration, allowed his enthusiastic staff to become part of his long-held dream.